Working Together to Save Lives – Traditional Healer Training 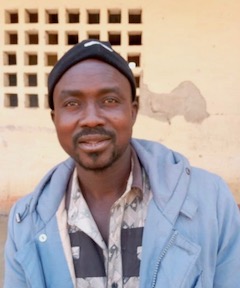 Mr. Telebi TIMOBOE, a traditional healer in the Dankpen district of Togo, was asked how he consults his patients. He explained that when there are new cases, “before any treatment, we start with a consultation which is purely spiritual. And then after the consultation, we know the kind of trees or roots we need to cure the patients”.

After the training finished, Mr. Telebi TIMOBOE was pleased with how useful the training was. He expressed the common sentiment in the room: “This helps us to avoid preventable deaths of people in our community. It helps us to know if the diseases we see in our patients can be treated at a health center.”

Integrate Health recognizes the vital role traditional healers play in healthcare for the communities in which we serve. We believe that through consistent, respectful communication and continual learning, together, we can ensure that all pregnant women and children under five can achieve the best health outcomes. And as Mr. Timoboe eloquently said, “there are things we can do together to reduce deaths in our community and for that, I am very glad”.